Hey everyone! My name is Elizabeth and I’m the gal behind Beth’s Wholesome Kitchen. I’m a lover of all things health and wellness! On my blog, you’ll find nourishing recipes, ways to improve overall health, and lots of positivity. 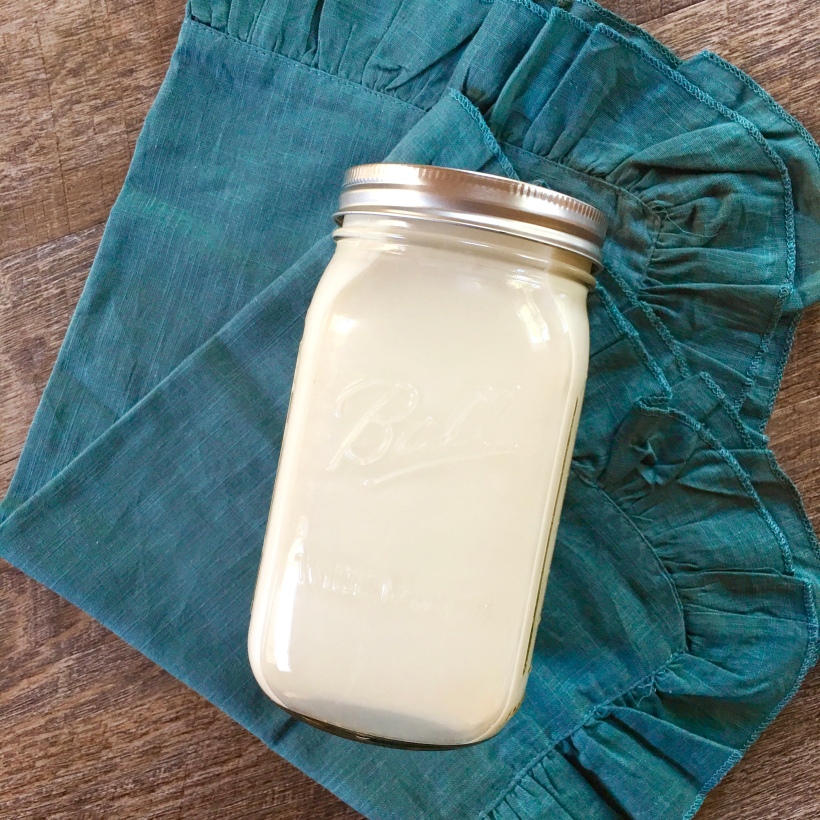 I’ve been a fan of almond milk for years! It had been my favorite nut milk for a long while until I finally tried out some cashew milk. My absolute favorite cashew milk that I’d been drinking for a while is MALK unsweetened cashew milk. There are literally only three ingredients in their cashew milk, which is why it was my go-to! I used to make my own almond milk, but I started getting tired of it because I just don’t like to clean the nut milk bag after using it. Plus, I really don’t have a super fancy high-powered blender which makes it more difficult for the almonds and filtered water to incorporate. That’s when I started buying MALK almond milk and eventually switched over to their cashew milk.

I started making my own cashew milk because I honestly just wanted to start saving more money! MALK is amazing, but it runs at $6.99 per bottle that only has 3.5 servings. That can seriously add up! I buy a one pound bag of organic raw cashew pieces at Natural Grocers for $7.99, which makes about 14 servings of cashew milk. HUGE savings!

All you need for this recipe are raw cashews or cashew pieces, filtered water, and salt. THAT’S IT! I played around with the cashews to water ratio for a while and eventually found that this 4:1 ratio makes the perfectly creamy cashew milk! Before making the cashew milk, make sure to soak the cashews in water overnight. When you’re ready to make the cashew milk, just drain them, rinse them well, and throw them back in the blender. I use raw cashew pieces just because it’s easier for my not-so-high-powered blender to blend together. Since my blender can’t get my cashew milk to be super smooth, I use a super fine mesh strainer to strain some of the pulp away. Sometimes I’ll stack two strainers together for the straining process. If you have a high-powered blender, you don’t need to worry about straining anything out. You can actually replace the cashews with any other nut if you are not a fan of cashew milk!

Elizabeth Joy Rodriguez Hey everyone! My name is Elizabeth and I'm the gal behind Beth's Wholesome Kitchen. I'm a lover of all things health and wellness! On my blog, you'll find nourishing recipes, ways to improve overall health, and lots of positivity. Follow along if you'd love to learn more!